What is a Hash Function?

From Wikipedia: “A hash function is any function that can be used to map data of arbitrary size onto data of a fixed size”.

An important distinction to make here is that a Hash Function is different than a Ruby Hash. They are similar, but not the same thing.

In the following diagram (also from Wikipedia), we are using a Hash Function to take names and map them to numbers. 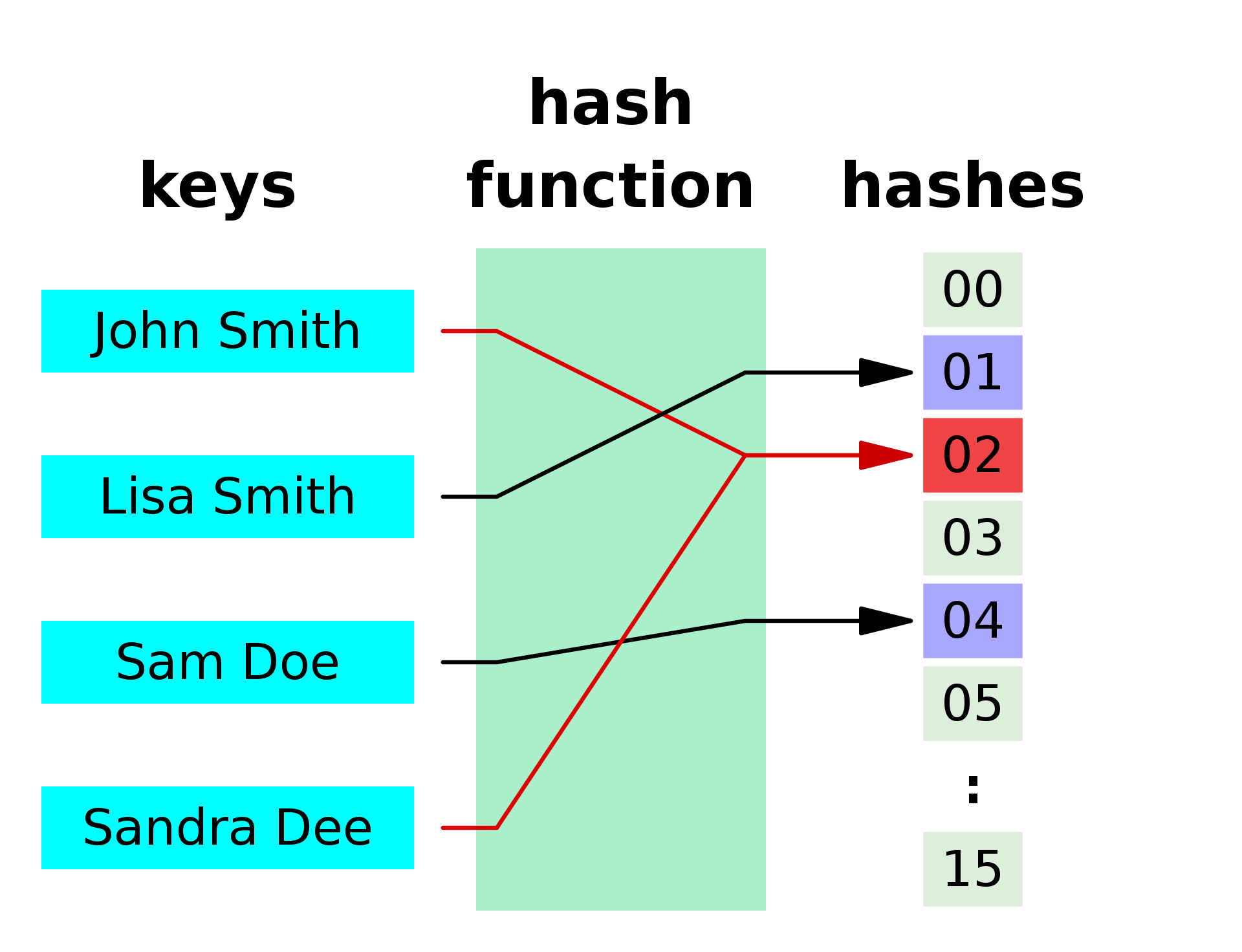 Key Characteristics of a Hash Function

Hash Functions have many uses, including but not limited to storing data (often called Hash Tables), Caching, and finding duplicate records. The SHA-1 hash function is used to create the git commit hash.

The most common and probably most important use of Hash Functions is for storing passwords.

We never ever ever store a user’s raw password in a database.

So instead, we store a hash of their password.

This exploration will use the following two hash functions:

You’ve done some hash building in the physical space. Let’s practice doing it with the machine, using better algorithms.

We are going to experiment with two of the most common hash functions:

You should use the hexdigest method for computing digests for both MD5 and SHA-256.

We’ll provide timing constraints on the board. If you’re moving quickly and feeling confident, complete the Extension questions. But if you’re not, make sure you complete all the non-Extension exercises first.

Collaborating with the person next to you, experiment and discuss answers to these questions:

Then, in your own notebook, jot quick notes to solidify your learning:

Let’s test your understandings by completing this section on your own. Use your pair as a resource if you get stuck, but try to complete the work on your own.

A hashing function is said to be “one-way” which is often useful in security, but it’s not fool-proof. Say you hack into my application and are able to retrieve all my users’ hashed passwords. You find that the account with username boss@example.com has this hashed password:

Based on the length of the digest you guess it’s an MD5. You know that some users, particularly bosses, are lazy and they do dumb things like re-use their 4-digit ATM pin for their password. But the application required a password of eight digits, so they might have repeated the pin.

Work out answers to the following questions in your notebook:

A “rainbow table” makes this reverse engineering much faster.